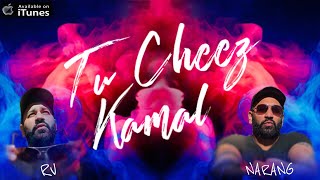 “I lost everything, I even bet myself for love,”

Farhan NTF croons on ‘Yaari’. The remorseful Punjabi ballad is the story of a lover expressing his devotion and distress for an unappreciative woman who he feels has betrayed him. ‘Yaari’ defines itself as one of the most captivating entries in Akram’s diverse music repertoire thus far.

‘Yaari’ comes on the heels of ‘Jind,’ the producer’s last release that was met with tremendous success in the independent music community earlier this year. That release, which was also a collaboration with Farhan NTF, found its way onto the Top 40 iTunes world music chart and accrued tens of thousands of listens online.

This latest pursuit is accompanied by a gorgeous music video produced by The Void and co-directed by Akram himself. The colorful, emotional visuals of the project perfectly complement the intensity of ‘Yaari.’

Watch the Yaari Video below

The single is out now on all major digital music outlets for streaming and download!

Connect with Hafeez Akram on his websites and social media below.